This year, for the 7th edition of the festival, we will begin in strength. Indeed, the film that will have the privilege to open the festival is 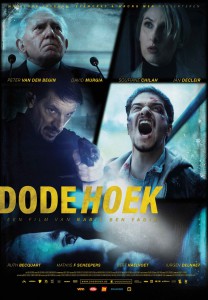 This World Premiere is taking place at 20h at the Imagix Tournai on this Monday, January 16th 2017. The entire film crew will be present for that occasion.

Synopsis :
Dode Hoek is a breathtaking and interpellated thriller narrating the story of Jan Verbeek (main character of the story), a former police chief who had become a famous politician in a Flemish populist party. In order to exist on the political stage, he will use radical discourses inspiring by his former career in the police. He will then be able to rule the political Flemish scene but his past will resurface.

The 2017 Cinepocket competition is launched!

You’re preference has been saved